You may remember the story a few years ago of the rap group A Tribe Called Quest who were, if my memory serves me right, sued up the ass for having sampled Lou Reed's "Walk On The Wild Side" on a track on their first album called "The Luck Of Lucien." The legal action was apparently the idea not of Lou, who was probably too busy at the time designing those dumb glasses he wears in Brooklyn Boogie, but of his then wife (this is before he shacked up with Laurie "O Superman" Anderson btw). On this latest magnificent outing from Mattin and Axel Dörner there are no direct quotations from Mr Reed's music as far as I can make out (though it would have been relatively easy to slip a blast of Metal Machine Music in at times without anyone noticing it), but the album cover – not a jewel box, not a digipak, but a nifty canvas bag – is embossed with an image from the cover of Berlin (the famous one). Lou Reed aside, this is the most enjoyable Mattin album to come my way this year, and goodness knows there have been plenty of them; for once he's not content to lurk at the extremes of the dynamic spectrum, but darts across it, counterpointing Dörner's trademark breathy blasts and growls with extraordinary musicality. Yes, you heard it right, I said musicality, you cynical bastards.–DW

Three new releases that place noise front and center, compelling the listener to recalculate ideas about musical structure and putting him/her in the awkward, not to say futile position of determining some notion of quality therein.

“Berlin”, with Mattin on computer and, as near as I can tell, Doerner sticking entirely to trumpet (though perhaps he uses his laptop as well), begins with several brief, isolated fragments, the computer generating both bits of recorded piano and washes of static that blend in seamlessly with Doerner’s patented breath whooshes. It’s blocky and a little tough to readily grasp as it’s occurring but manages to make “sense” in retrospect; I’m assuming this is the result of post-performance collaging. Throughout the disc, the two musicians play with structure and upend expectations of same, choosing not to arc into predictable crescendi and decrescendi, instead doling out slabs of harsh but oddly poetic sonic imagery. In particular, Doerner’s accents are often precisely the “right” sound at the right time. More, the disc’s three pieces increase in fascination, the final 32-minute track the strongest of the lot, again fragmented with irregularly placed lacunae separating some scrumptious mixes of spittle-trumpet and electronic keening. As unpredictable as the structure is, sometime after hearing the music, either immediately or a little while later, I tend to think, “Yes, that was an excellent move, and that, and that…” It works; tough to quantify why. Incidentally, the disc comes in a printed canvas “sack”, the texture of which fits the music well.
Posted by Brian Olewnick on September 17, 2006 02:22 PM 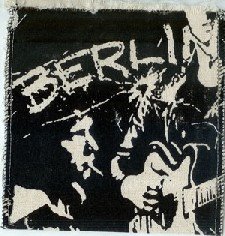 The irrepressible, not to say irresponsible, Mattin sent over three discs the other day, one of them his new duo with trumpeter Axel Dorner (or Doerner if you're umlaut-challenged), "Berlin". The words "extreme" and "Mattin" often go hand-in-hand and this disc's no exception although, as it progresses, you realize the extremities have more to do with structure than in harsh noise. There's plenty of the former, especially toward the beginning, but more jolting are the abrupt and unexpected stops and starts along the way. They're pretty brutal. Dorner (who, as near as I can tell, doesn't use laptop on this date) sticks largely to his patented "trumpet as tubes of metal" approach, generating metallic breath tones throughout that mesh cleanly enough with Mattin's electronics to often be indistinguishable. But somehow, a real sense of give and take and collaboration oozes through. What begins as sonic aggravation has you upset that it's ending an hour later. Good record.

Acoustic phenomena. Noise. Silence, but a silence enriched by our own heartbeat, the buzz of the blood flowing and the pumping of the auricular membranes. What is the perfect observation point for a record like “Berlin”? The answer lies in finding the right spot to allow our system to reach its maximum adaptive response, which - at different moments - can be an individual aggregation of stimula or just a distracted reaction, like waving a mosquito off your nose while you’re concentrated on reading. Mattin’s lower-than-lo-fi computer discharges and functional attacks on the ears via stinging highs and ultrawhite noise mix very well with a very concentrated Dörner, a man who can guarantee many long moments of intimate gratification through an array of trumpet sounds that range from utopistic exhalations of bronchial freedom to affirmations of frequencies that would make my lonely boiler happy to have finally found a partner for life. Three sections that proceed in spurts and attempts, most of them successful, to delineate a logic for those sentences which logic would like to destroy, all the while maintaining a functional link to a near future where these raw materials will become a socio-physical means of vibrational consciousness (which is not always good, though: opened are the doors to many not-so-bright minds, as most people aren’t able to perceive harmony in mind-bending circuits, much less use this acoustic phonetics coherently) but also the signature that distinguishes those who are born “sound artists” - Mattin and Dörner definitely are - and their totally useless sub-shadows. The rest is all for our sensitive discernment to distil, and those of you with the right inner instrumentation will find “Berlin” a very meaningful release.

To say “this is good Noise” or “that is bad Noise” is to miss the point. Un putain de disque !